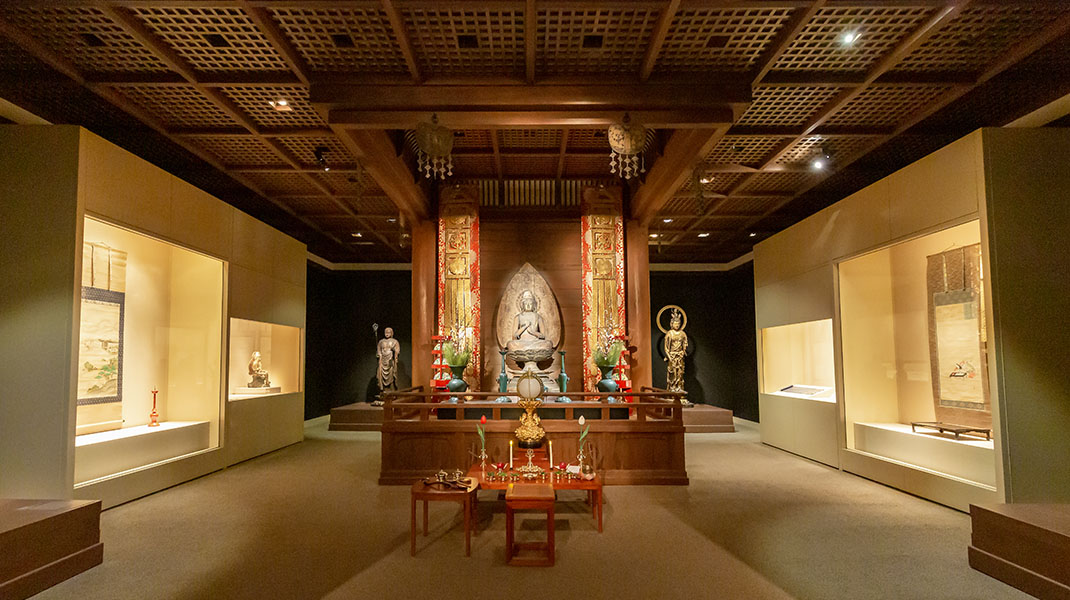 “A major international loan exhibition focusing on the artistic tradition inspired by Japan’s most celebrated work of literature is on view at The Metropolitan Museum of Art. Bringing together more than 120 works of art from 32 public and private collections in Japan and the United States—including National Treasures and Important Cultural Properties, most of which have never left Japan—The Tale of Genji: A Japanese Classic Illuminated explores the tale’s continuing influence on Japanese art since it was written around the year 1000 by the noblewoman Murasaki Shikibu (ca. 978–ca. 1014).  Often referred to as the world’s first novel, The Tale of Genji has captivated readers for centuries through its sophisticated narrative style, humor and wit, and unforgettable characters, beginning with the ‘radiant prince’ Genji, whose life and loves are the focus of the story.

The exhibition presents the most extensive introduction to the visual world of Genji ever shown outside Japan. It features nearly one thousand years of Genji-related art—an astonishing range of works including paintings, calligraphy, silk robes, lacquerware, a palanquin for a shogun’s bride, and popular art such as ukiyo-e prints and contemporary manga—and provide viewers with a window into the alluring world of the Heian imperial court (794–1185) that was created by the legendary authoress.

Comprising 54 chapters, The Tale of Genji describes the life of the prince, from the amorous escapades of his youth to his death, as well as the lives of his descendants, introducing along the way some of the most iconic female characters in the history of Japanese literature.  Organized thematically in eight sections, the exhibition pays special attention to the Buddhist reception of the tale, while also giving prominence to Genji’s female readership and important works by female artists.” — The Metropolitan Museum of Art

The Tale of Genji: A Japanese Classic Illuminated is organized by The Metropolitan Museum of Art and The Japan Foundation, with the cooperation of the Tokyo National Museum and Ishiyamadera Temple.