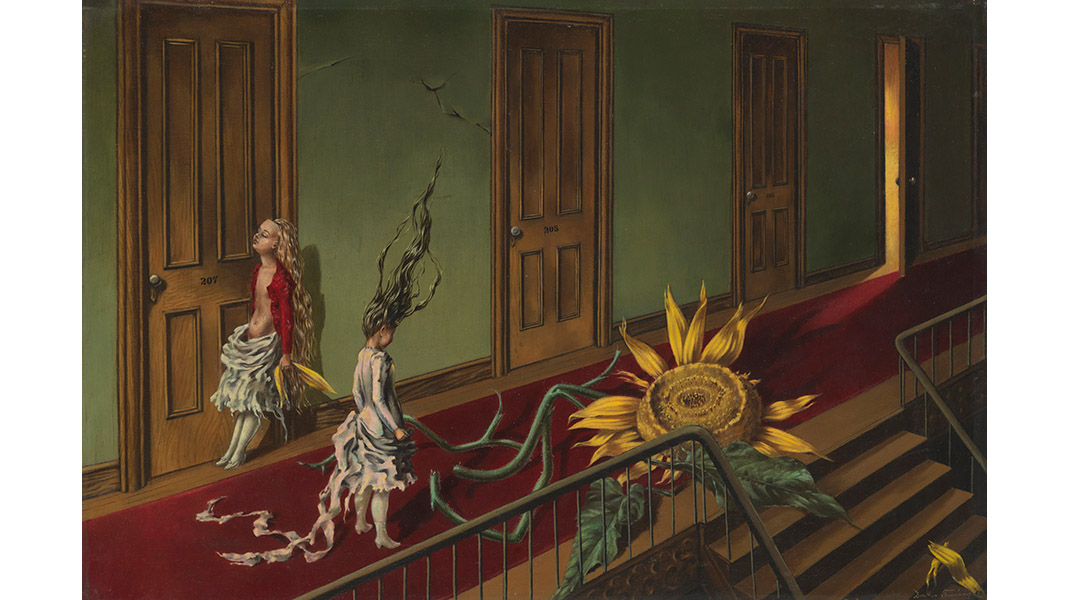 “Tate Modern stages a major exhibition of the work of pioneering artist Dorothea Tanning (1910-2012). Organised in collaboration with the Museo Nacional Centro de Arte Reina Sofía in Madrid, it is the first large-scale exhibition of her work for 25 years and the first ever to span Tanning’s remarkable seven-decade career. Bringing together some 100 works from across the globe, the exhibition explores how she expanded the language of Surrealism. From her early enigmatic paintings, to her ballet designs, uncanny stuffed textile sculptures, installations and large-scale late works, it offers a rare opportunity to experience the artist’s unique internal world.

The exhibition follows the story of Tanning’s life and work, from her influential first encounters with Surrealism in New York in the 1930s, through to her later years as a painter, poet and writer. Prominent early works are brought together, such as the artist’s powerful self-portrait Birthday 1942 (Philadelphia Museum of Art) which attracted the attention of Max Ernst whom she married in 1946. These join key examples of Tanning’s mid-career prismatic paintings, as well as and her later soft sculptures to show the full breath of her practice.” — Tate Modern