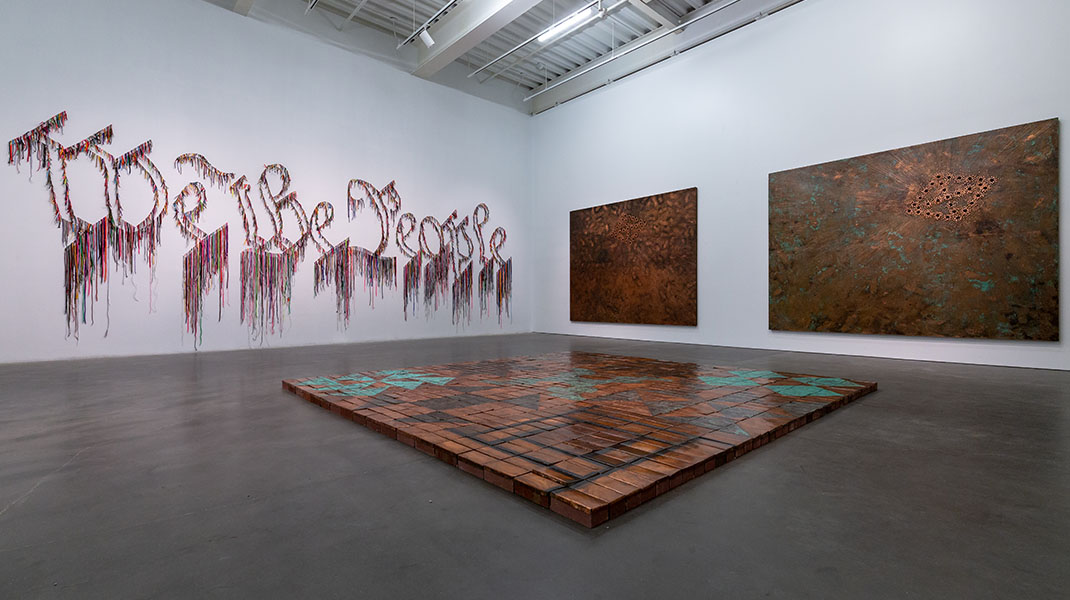 The exhibition features over thirty sculptures, paintings, videos, and large-scale installations from throughout Ward’s career, highlighting his status as one of the most important and influential sculptors working today. Since the early 1990s, Ward has produced his works by accumulating staggering amounts of humble materials and repurposing them in consistently surprising ways.

His approach evokes a variety of creative acts of recycling and folk traditions from Jamaica, where he was born, as well as the material textures of Harlem, where he has lived and worked for the past twenty-five years. Yet Ward also relies on research into specific histories and sites to uncover connections among geographically and culturally disparate communities and to explore the tension between tradition and transformation.” — New Museum