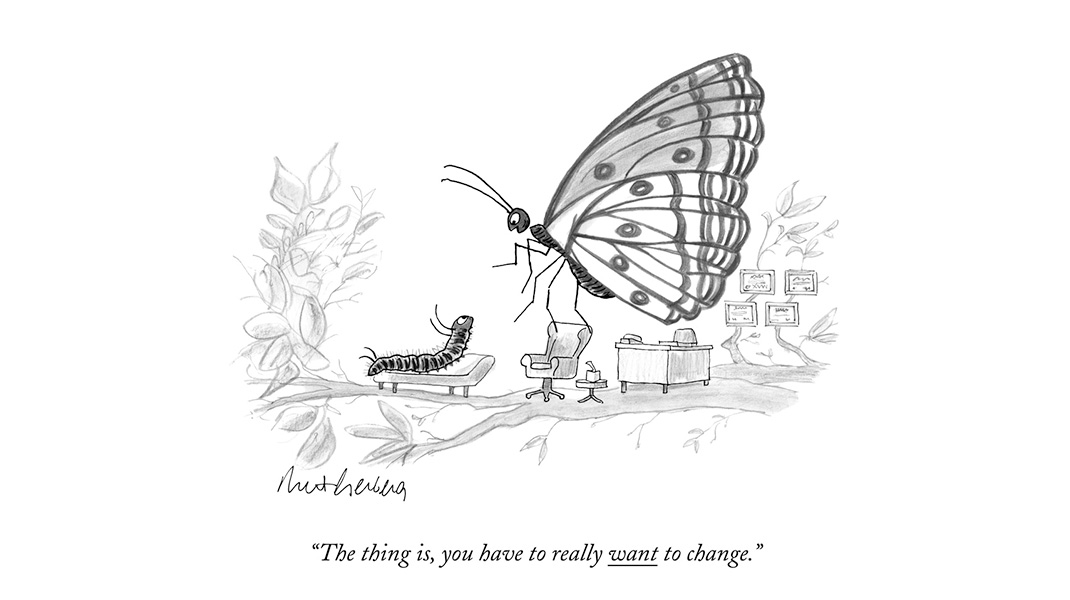 “The first major museum exhibition featuring the work of Mort Gerberg, one of America’s most popular and beloved cartoonists. Throughout his career Gerberg’s work has been drawn from subjects ranging from social consciousness to music and sports. Known for combining artistry with intuitive wit, he chronicles and comments on contemporary events that become history. The more than 120 published cartoons, drawings, and sketch reportage featured in the exhibition cover a wide range of topics, such as life in New York City, women’s rights, old age, and politics.

Born in Brooklyn in 1931, Gerberg’s work has been regularly featured in The New Yorker, the Saturday Evening Post, and the Saturday Review, and numerous other publications. He has drawn syndicated newspaper comic strips, on television shows and websites, and edited or illustrated 45 books for adults and children, including his respected Cartooning: The Art and the Business.” — New-York Historical Society

Exhibition was curated by Marilyn Satin Kushner, curator and head, Department of Prints, Photographs, and Architectural Collections of the New-York Historical Society.