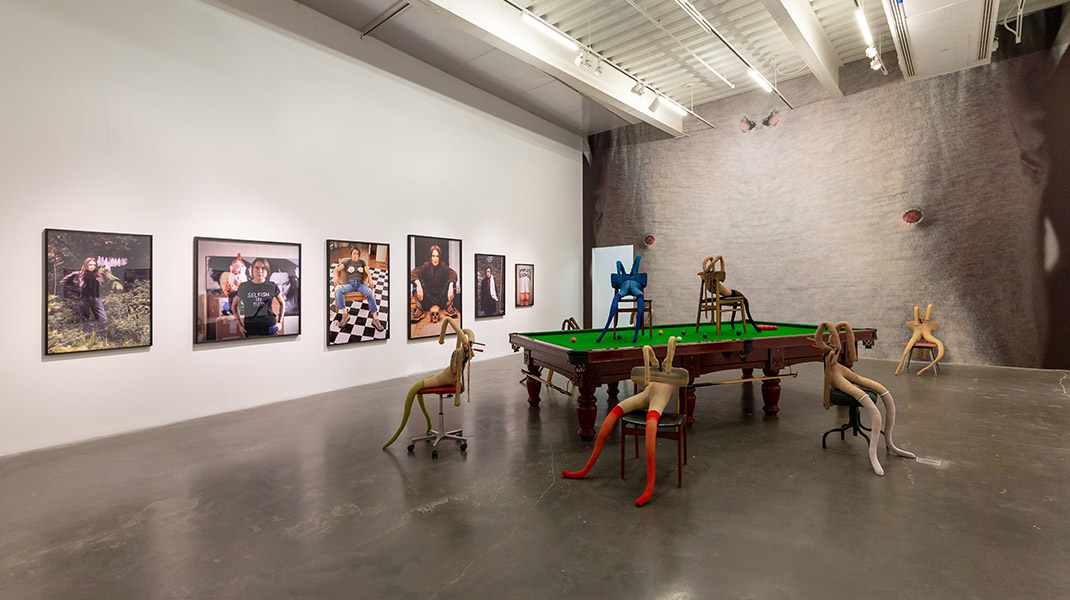 The title of the exhibition, ‘Au Naturel,’ is taken from a sculpture Lucas created in 1994, in which an assemblage of objects suggestive of sexual organs adorns a mattress that slumps in the corner as if it were reclining. In an art historical context, ‘au naturel’ commonly refers to paintings of female nude figures, and literally translates from French as ‘in the nude.’ Applying the term to Lucas’s greater body of work, the title speaks to the immediacy, intimacy, and directness of her images and speculates on the possibility of a natural state, perhaps without the limitations of established social structures and gender conformity.” — New Museum