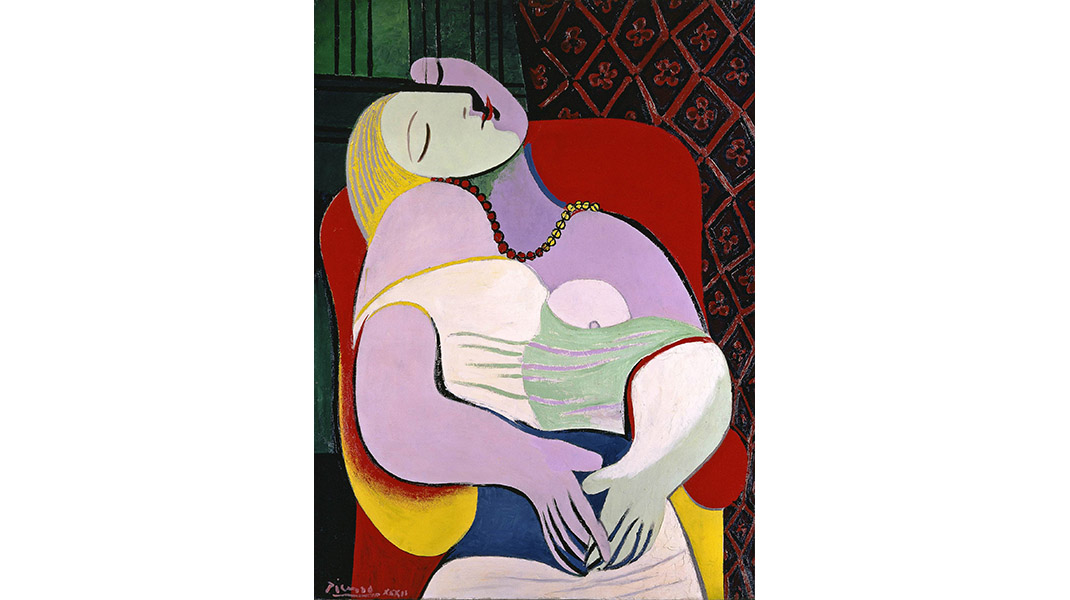 “45 years after the artist’s death, Tate Modern stages its first ever solo exhibition of Pablo Picasso’s work, one of the most ambitious shows in the museum’s history. The EY Exhibition: Picasso 1932 – Love, Fame, Tragedy takes visitors on a month-by-month journey through 1932, a time so pivotal in Picasso’s life and work that it has been called his ‘year of wonders’. More than 100 outstanding paintings, sculptures and works on paper demonstrate his prolific and restlessly inventive character, stripping away common myths to reveal the man and the artist in his full complexity and richness.” — Tate Modern

Achim Borchardt-Hume, Director of Exhibitions, Tate Modern, and co-curator of the exhibition said: ‘Picasso famously described painting as “just another form of keeping a diary”. This exhibition invites you to get close to the artist, to his ways of thinking and working, and to the tribulations of his personal life at a pivotal moment in his career. Visitors will be able to walk through 12 months of Picasso’s life and creative decision-making, to see many of his most ground-breaking and best-loved works in a surprising new light.’

Nancy Ireson, Curator of International Art, Tate, and co-curator of the exhibition said:
‘We are thrilled to be reuniting some of Picasso’s greatest works of art for the first time in 86 years, many of which are rarely shown in public. Displaying them in the order in which they were made demonstrates just how intensely creative 1932 was for Picasso, revealing his explosive energy to a new generation’