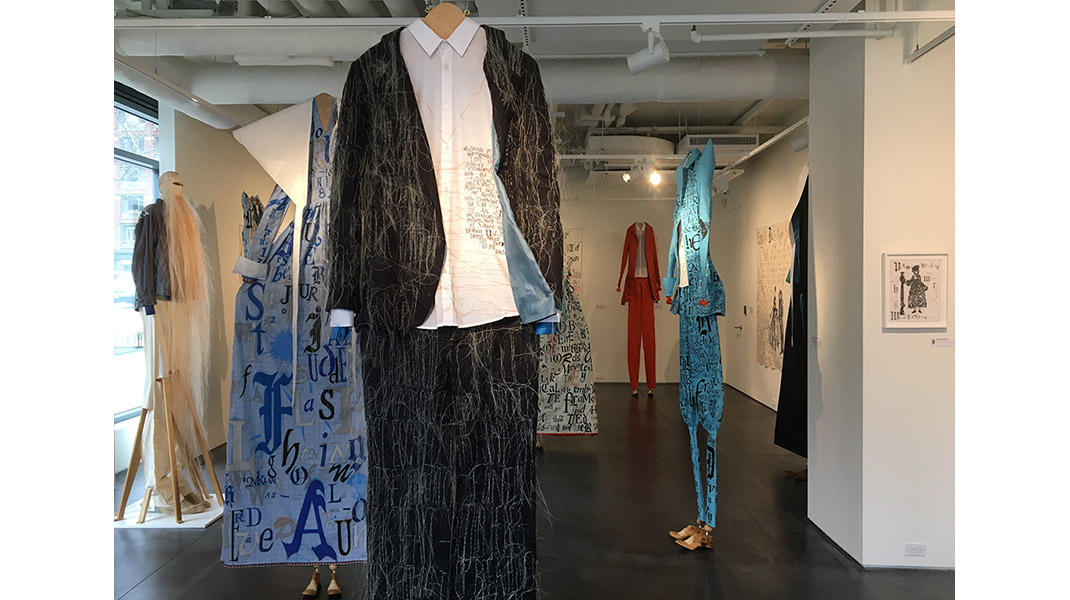 “Lesley Dill’s first major exhibition in New York since 2014 and first solo exhibition with Nohra Haime Gallery features a new body of work drawing on language, the written word, and the investigation of divinity and deviltry during the wildness of Early America.

Reminiscent of Alberto Giacometti’s sculptures, the long, thin figures appearing in Dill’s work wear the strength of the words of the people they represent. Though differing in specific experience, all of these personas have had a powerful impact through their words, and personally connect with the artist. Dill posits that there is something untamable, fierce, and persistent in each of their beliefs, which ultimately unites them. Dill is drawn to this restrictive time period of limited access to a diversity of written word, and the bravery of these figures’ response. Hutchinson, for example, with her famed testimony of religious freedom, was one of the first American women to have her word recognized, recorded and saved as a part of history.” — Nohra Haime Gallery