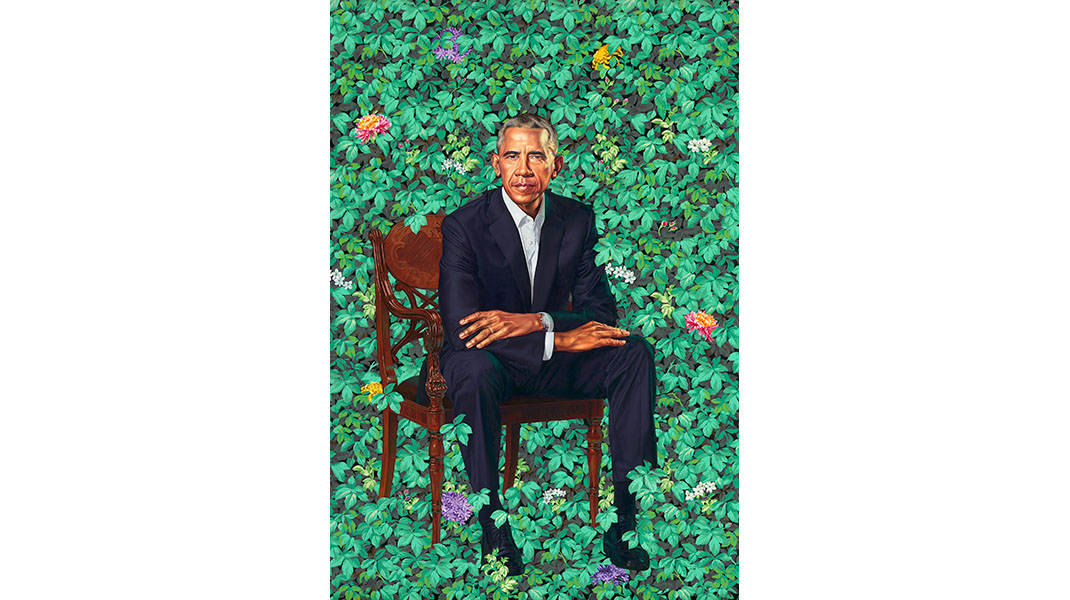 “For 50 years, the National Portrait Gallery has told the story of America through the people who have impacted this country’s history and culture,” National Portrait Gallery Director Kim Sajet said. “We are thrilled to present to the nation these remarkable portraits of our 44th president, Barack Obama, and former First Lady, Michelle Obama, painted by two of the country’s most dynamic contemporary artists, Kehinde Wiley and Amy Sherald. As a museum of history and art, we have learned over the past half-century that the best portraiture has the power to bring world leaders into dialogue with everyday Americans. These two paintings fall into that category, and we believe they will serve as an inspiration for generations to come.”