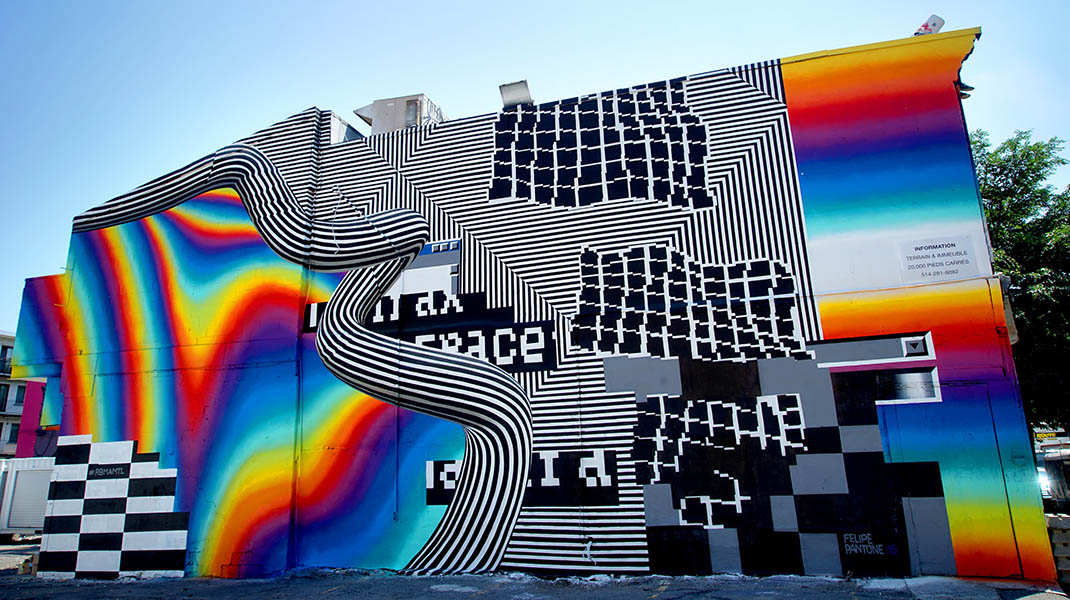 “ArtScience Museum is thrilled to be presenting some of the biggest names in Street Art in this daring and provocative new show. What started out as acts of rebellion on the streets of US cities in the 1970s, has since expanded into a major international cultural movement. Art from the Streets shows how street art has evolved beyond the early days of graffiti and tagging, and is now recognised as one of the most important artistic genres of the 21st century. Our visitors will see how artists have restyled the look and feel of cities around the world, through captivating, thought-provoking works that range from small interventions, to massive murals. This is an exhibition that celebrates the energy and dynamism of the streets, by encouraging some of the most exciting artists in the field to transform our galleries into living urban artworks,” said Honor Harger, Executive Director of ArtScience Museum, Marina Bay Sands

“Street Art is one of the most important art movements to have emerged in the 21st century. This exhibition celebrates the vitality of a movement many of us can witness as part of our everyday experience. It is very important at this stage to mark the 40 year history of the movement and recognize Street Art as a coherent and valuable art movement,” adds Magda Danysz, curator and writer based in Paris and Shanghai. Having witnessed the rise of graffiti and urban art from its beginnings, Danysz became an expert in the movement, writing books about the history of Street Art, curating major institutional group shows and over 50 solo shows with artists including Shepard Fairey (aka Obey), Invader, JR and Vhils.

Felipe Pantone (b. 1986). Untitled, Mural in Montreal, 2016, Spray Paint Study for live installation in Art From The Streets Exhibition at Art Science Museum, 2017. Photo: courtesy of the artist.

Art from the Streets was curated by Magda Danysz.