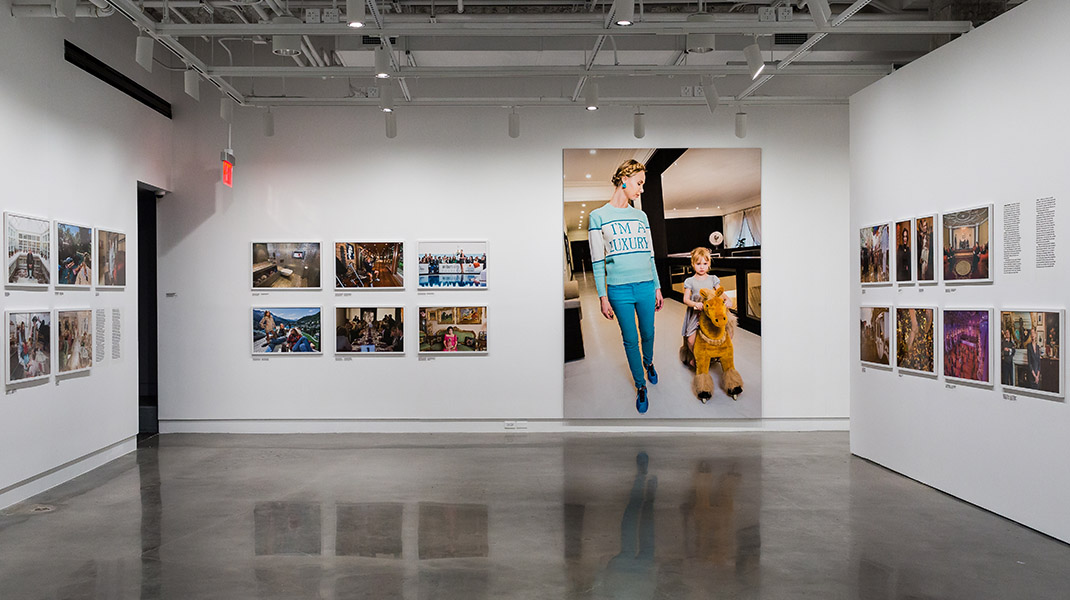 Generation Wealth is presented in eight sections focusing on consumerism; the consumption of celebrity lifestyle and the “princess fantasy”; supercharged beauty and youth culture; changing socio-economic pressures and their influence on identity; the dream of home ownership and the shift beyond sustainable standards; The Queen of Versailles and the international crash that followed the feverish spending and luxury lifestyles of the early 2000s; emerging Chinese and Russian elite in the post-bubble gold rush; and the commercially packaged hedonism of Las Vegas and Magic City (Atlanta).” — ICP

“Generation Wealth documents a seismic shift in values and in the meaning of the American Dream— examining the ‘influence of affluence’ as media and globalization exported our notions of success around the world,” says Greenfield. “This is about the desire for wealth and how that has become a driving force—and at the same time an increasingly unrealistic goal—for individuals from all classes of society. I’m thrilled to show this work at the International Center of Photography, where I had my first museum exhibition in 1997 (Fast Forward). The Generation Wealth journey began with the Fast Forward photographs of LA kids in the 90’s, so it is very exciting to return to the ICP with this thematic retrospective from the last 25 years.”