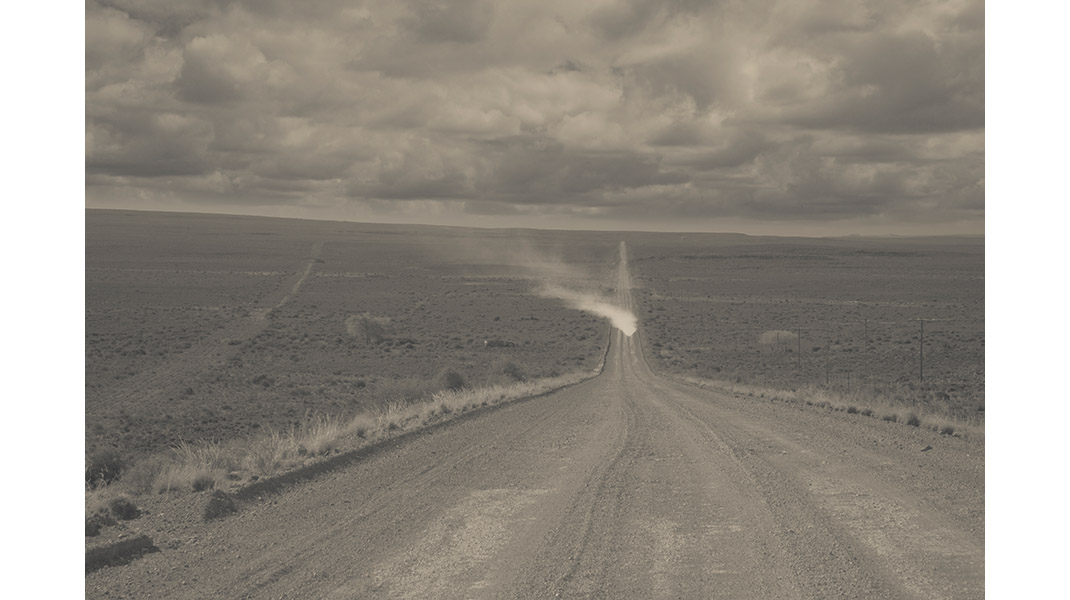 “Alain Willaume’s unusual photos evoke a ghostly undercurrent in our everyday lives. Depicting lone and meditative figures in barren landscapes and dusty roads, they highlight the fractures in the places we call home. Working outside of the mainstream and of the traditions of documentary photography, Willaume creates an arresting personal cartography of engaged metaphors and enigmatic imagery. His haunting body of work evokes the lurking violence and vulnerability in the world as well as in the human beings who inhabit it.” — FIAF

François Hébel said of Willaume, “This fine photographer is anything but flashy. He enjoys nothing better than being on the roads of all the continents. He has never wasted time on the intrigues required to earn the recognition he deserves. His photographs of real life are restrained without being prim, dark but not despairing; they change depending on his subjects and the way he handles them […] but they have a point in common: an austerity that focuses on the essentials. His enigmatic photography resembles him and is endowed with restless energy and a kind of concerned nonchalance. […] He asks little more of life than to be able to continue devoting himself to research.”

Alain Willaume said, “Fiction is not the other side of reality but one of its processes. My work often evokes traces of the very real threats to the earth and its inhabitants. It does not oppose commitment and mystery, alarm and serenity but, on the contrary, tries to unite them in a silent form.