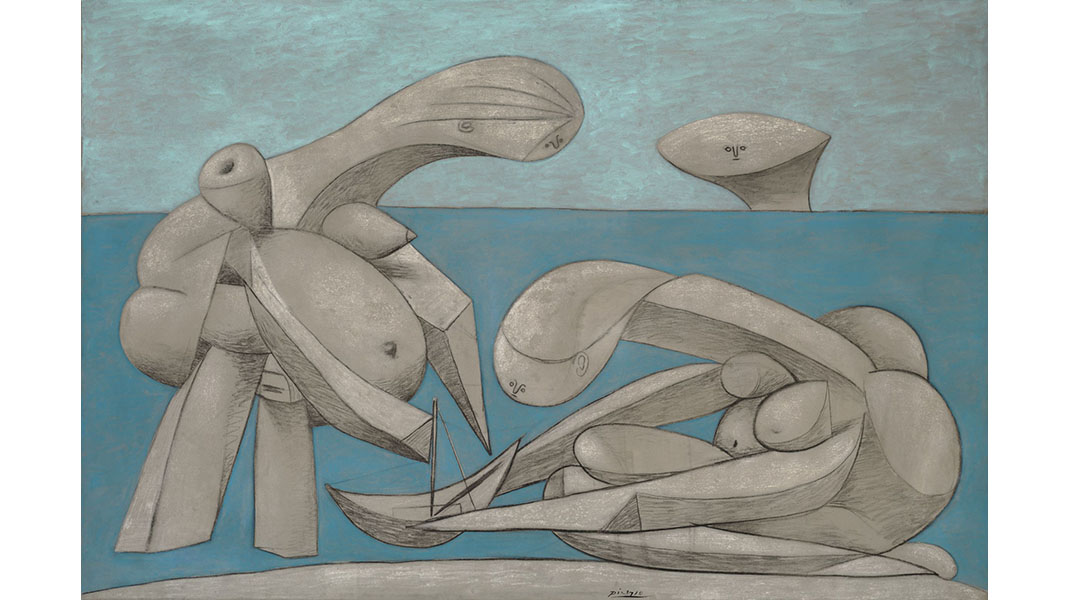 “The Peggy Guggenheim Collection presents the exhibition PICASSO. On the Beach curated by Luca Massimo Barbero. The exhibition is installed in the museum’s Project Rooms. The exhibition is a collaboration with the Musée Picasso of Paris, and focuses on one of Peggy Guggenheim’s favorite works of art, Picasso’s On the Beach (La Baignade), now part of the Peggy Guggenheim Collection in Venice. The show gathers a selection of ten drawings, three paintings and a sculpture, made by Picasso between February and December 1937, and is a part of the initiative of the Musée national Picasso-Paris Picasso-Méditerranée, an international cultural event, from Spring 2017 through Spring 2019. Over sixty cultural institutions have come together to develop a programme around the work “obstinément méditerranéenne” of Pablo Picasso. Initiated by the Musée national Picasso-Paris, this journey into the creation of the artist and across the places which inspired him, aims at strengthening ties between all the shores that touched his career.” — Peggy Guggenheim Collection