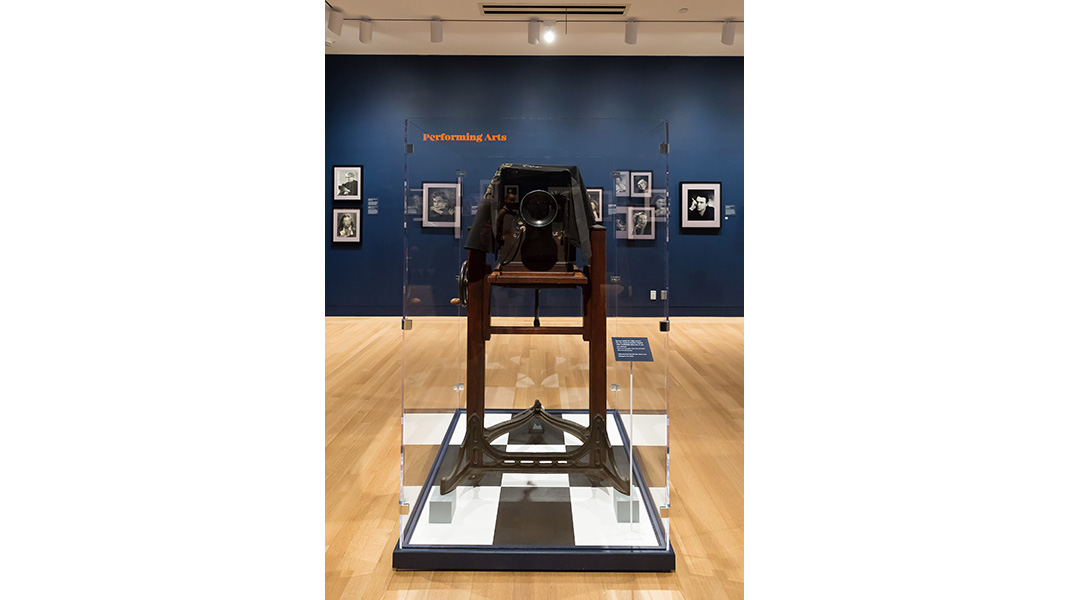 “The New-York Historical Society celebrates the late photographer Editta Sherman (1912–2013) with a special exhibition of her celebrity portraits, to be shown in the Joyce B. Cowin Women’s History Gallery in the Museum’s new Center for Women’s History. The Duchess of Carnegie Hall: Photographs by Editta Sherman features portraits of 65 notable film stars, authors, musicians, and athletes dating from 1943 to 1965 and beyond. All works are drawn from the Editta Sherman archive, which was recently gifted to New-York Historical by Sherman’s children and grandchildren.

The subject of his Facades series and friend to legendary photographer Bill Cunningham who dubbed her the “Duchess of Carnegie Hall,” Editta Sherman was renowned in her own right as one of the rare female portraitists of her era. Practically born in the dark room as the daughter of a professional photographer, she built a thriving business over more than 60 years in a studio above Carnegie Hall, where she charmed her celebrity clients with a vivacity and warmth that are reflected in her images.” — New-York Historical Society

“Editta Sherman’s remarkable career as a photographer came at a time when the field was dominated by men,” said Marilyn Satin Kushner, curator and head of New-York Historical’s Department of Prints, Photographs, and Architectural Collections. “Her experience and success exemplify that of many women in the 1940s through the 1960s, living in a man’s world while supporting herself independently.”