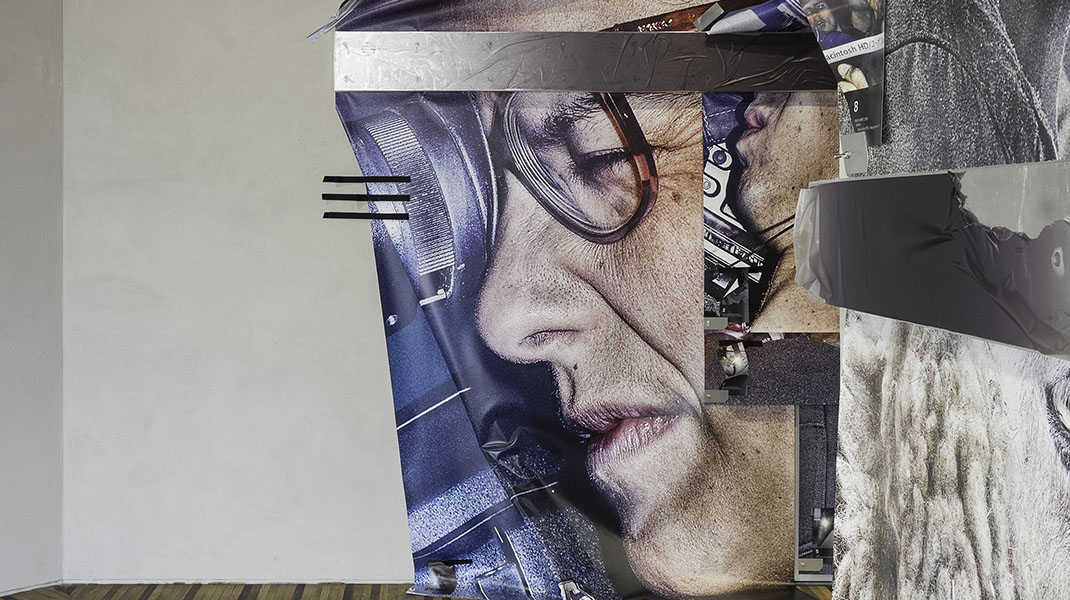 “EU is an anthological exhibition by Japanese photographer Satoshi Fujiwara (Kobe, Japan, 1984). The set up for EU is made up of assembled images, which aim to eliminate any linear narrative context. This operation was inspired by the re-elaboration of an exhibition architecture designed by Herbert Bayer for The Road to Victory: a procession of photographs of the nation at war, a show held at MoMA in New York in 1942. Portions of worn out cameras, along with different forms of human presence and surveillance, all converge in some kind of tazibao: this historical form of public information employed during the Chinese Cultural Revolution is combined with currently widespread visual association constraints, such as video editing and digital manipulation softwares. As explained by Cippini, the exhibition set-up is ‘a conglomeration of definition formats and standards which documents the inurement to image consumption, as well as the necessity to dialogue with less visible means of contemporary propaganda’.” — Fondazione Prada

EU was curated by Luigi Alberto Cippini in a set-up conceived by Armature globale.