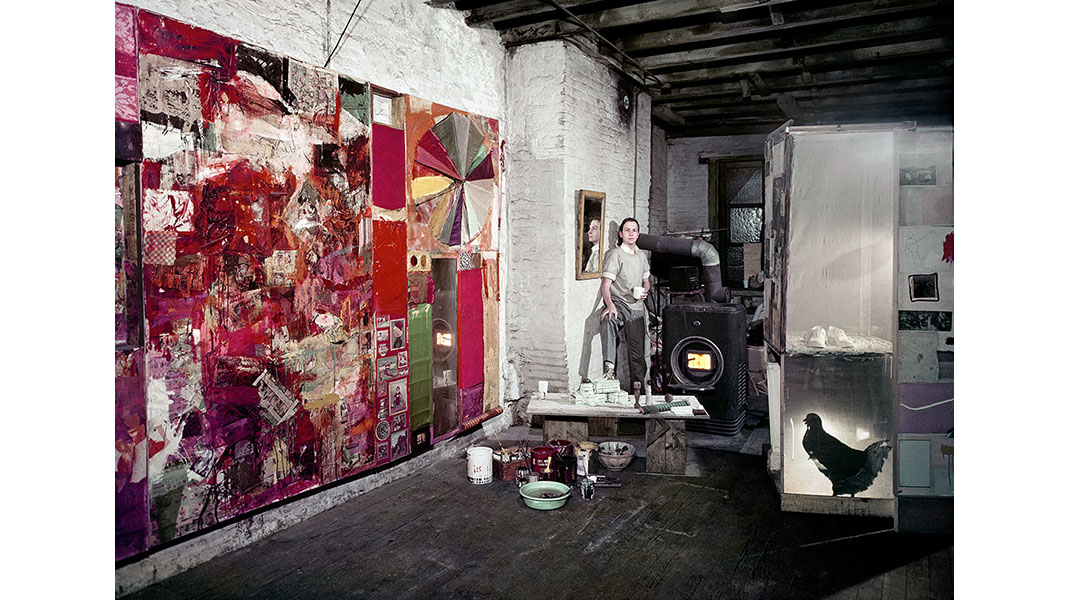 “In 1959, Robert Rauschenberg wrote, “Painting relates to both art and life. Neither can be made. (I try to act in that gap between the two.)” When Rauschenberg launched his career in the early 1950s, the heroic gestural painting of Abstract Expressionism was in its heyday. He challenged this tradition with an egalitarian approach to materials, bringing the stuff of the everyday world into his art. Often working in collaboration with artists, dancers, musicians, and writers, he invented new interdisciplinary modes of artistic practice that helped set the course for art of the present day. The ethos that permeates Rauschenberg’s work—openness to the world, commitment to dialogue and collaboration, and global curiosity—also makes him a touchstone for our time.

Robert Rauschenberg: Among Friends, the first twenty-first-century retrospective of the artist, presents over 250 works across mediums from his six-decade career. Collaboration was always critical to Rauschenberg, and his inclusiveness did not stop at the point of making; it often involved the viewer. “My whole area of art has always been addressed to working with other people,” he reflected. “Ideas are not real estate.” To highlight the importance of exchange for Rauschenberg, this exhibition is structured as an “open monograph”—as other artists came into Rauschenberg’s creative life, their work comes into these galleries, mapping the play of ideas.

The acclaimed artist and filmmaker Charles Atlas collaborated with the curatorial and design teams on the exhibition’s design to foreground Rauschenberg’s deep engagement with dance and performance. For many years, Atlas worked with the Merce Cunningham Dance Company, as stage manager, lighting designer, and in-house filmmaker; in that capacity, he worked alongside Rauschenberg on some of the company’s productions.” — Introductory Wall Text