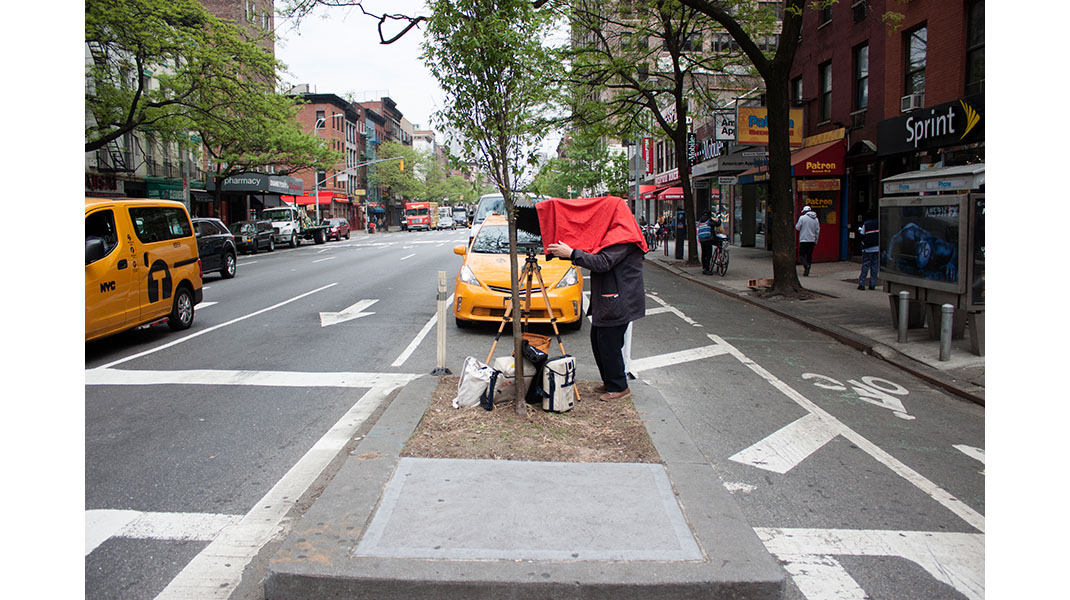 “Raymond Depardon revisits his landmark 1981 Correspondance New-Yorkaise in a special commission for the FIAF Gallery. New photos taken daily from May 1 through 11, 2017 were published in the Libération newspaper in France every day. They are displayed in the FIAF Gallery alongside his original 1980s series, creating a rare portrait of the city across decades.

In 1981, Raymond Depardon’s La correspondance New-Yorkaise was first published in Libération. Composed of humorous, observational, photographic notes—and no topical news—the newspaper dedicated a full page to this correspondence every day for a month. It was a pivotal moment both in French photography and in Depardon’s career. La correspondance New-Yorkaise reflected the spirit of the “new journalism,” which fed on daily life and featured first-person, subjective writing.

36 years later, this major French photographer and filmmaker takes a new look at New York. Reflecting a recent evolution in his photographic approach, Depardon trades his 35mm Leica and black and white film for an 8×10 inch color chamber camera as he continues his observation of “downtime” in the city.

This exhibition takes place during the cycle of events celebrating 70 years of the Magnum Photos agency.” — Curated by François Hébel

May 9, 8 am, Brooklyn. Many young people are moving to Brooklyn. They are leaving Manhattan, where rent is expensive and neighborhood life non-existent. Life is better in Brooklyn. Paul Auster and his neighborhood tales come to mind. Landscape photography is always slightly prophetic, it reveals important changes in the lives of people that, ten years later, will influence the vote of the electorate. City centers are becoming increasingly deserted; or only the poor, the rich, and offices remain. Image and text © Raymond Depardon.