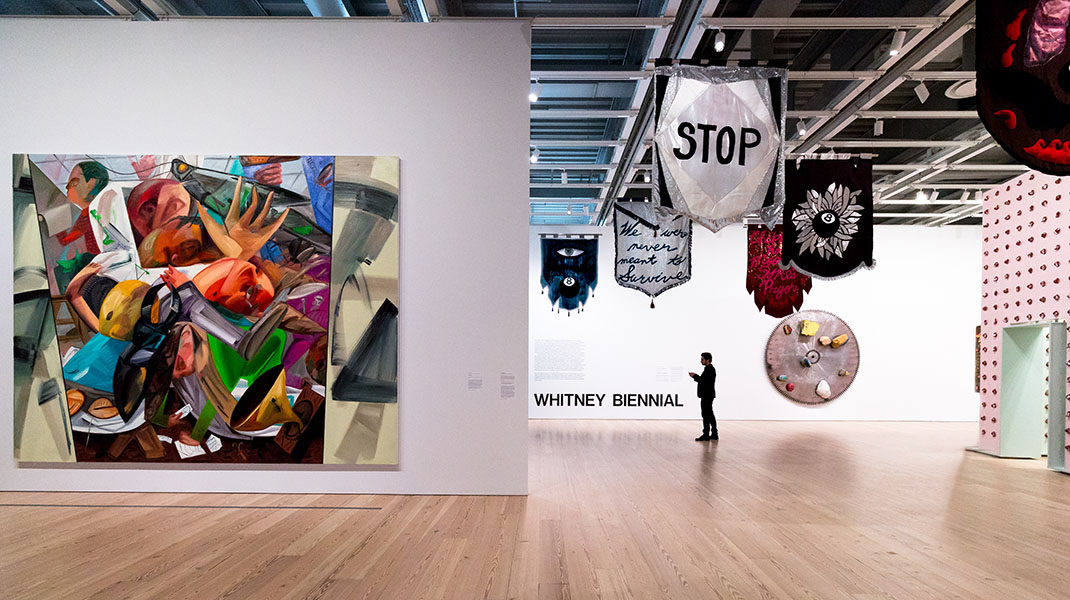 “The 2017 Whitney Biennial, the seventy-eighth installmentof the longest running survey of American art, features sixty-three individuals and collectives whose work takes a wide variety of forms, from painting and installation to activism and video-game design. Established in 1932, the Biennial has long been a site for critical discussions about contemporary art, while providing an opportunity for deep thinking and reflection on the broader cultural concerns of a given historical moment. Bringing together mostly new or recent work by both emerging and established artists, the 2017 presentation continues this tradition.

This Biennial arrives at a time rife with racial tensions, economic inequities, and polarizing politics, and many works in the exhibition challenge us to consider how these realities affect our senses of self and community. Throughout the exhibition, artists test the limits of timeworn structures and protocols, claim space for direct experience and personal agency, and create alternate zones or worlds. Some spotlight particular social issues, such as financial debt, violence, or access to equal opportunities, while others model imaginative ways of relating to history and place, or represent the importance of reverence for the land. Still others embolden the pleasures of slow contemplation or formal abstraction, inviting us to pause and pose questions in a tumultuous world.” — Introductory Wall Text

Torey Thronton. Front: What Is Sexuality, Is The Scale Infinite Similar To A Line, 2017. Back: Painting, 2017

The 2017 Whitney Biennial was co-curated by Christopher Y. Lew, Associate Curator at the Whitney Museum of American Art and Mia Locks, who was Assistant Curator at MoMA PS1.