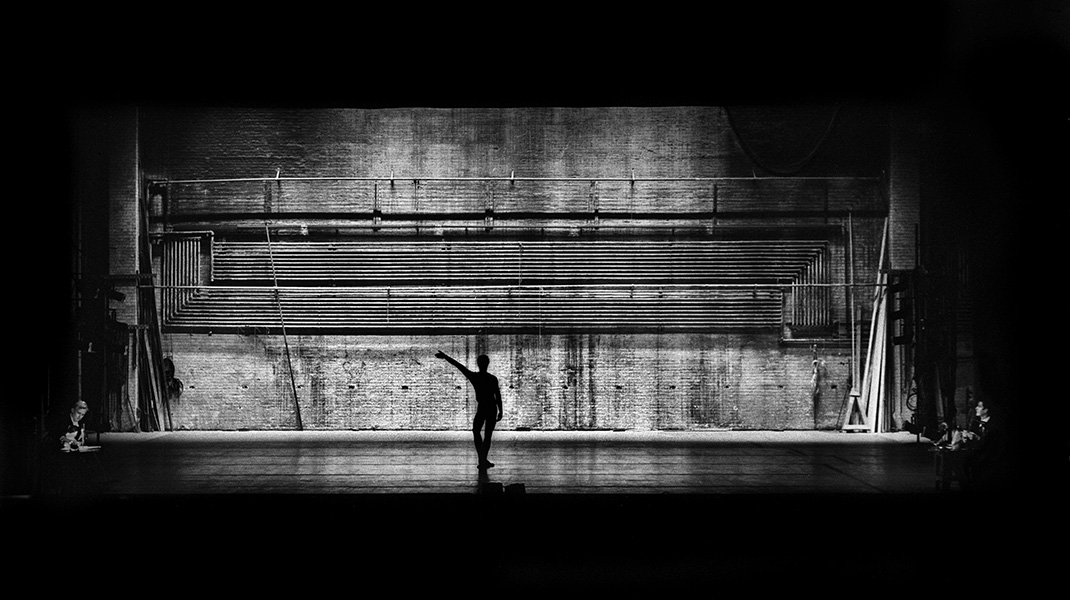 Merce Cunningham: Common Time is the first survey exhibition to measure the late choreographer and dancer’s indelible impact on generations of artists. The exhibition presents an unparalleled emphasis on the cross-disciplinary collaborations between the Merce Cunningham Dance Company (MCDC) and leading post-war artists who created original compositions, costumes, lighting, and set designs for the company. The exhibition takes as its starting point the notion of “common time,” described by Cunningham as the “underlying principle that music and dance and art could be separate entities independent and interdependent, sharing a common time.” This co-existent relationship of the arts, exemplified by Cunningham’s lifelong collaborations with composer John Cage, serves as the foundation for a career that exemplified and fostered this shared philosophy.” — Walker Art Center

Merce Cunningham rehearsing How to Pass, Kick, Fall and Run at the Brooklyn Academy of Music 1970. Photo: James Kosty, courtesy of the photographer

Merce Cunningham with dancers at Westbeth 1971. Photo: James Klosty, courtesy of the photographer

The Walker-organized exhibition will premiere February 8, 2017 at the Walker and February 11, 2017 at the MCA Chicago with three performance commissions. Organized by Fionn Meade, Walker Art Center Artistic Director, with Philip Bither, Joan Rothfuss and Mary Coyne. Lynne Warren is the organizing curator at the Museum of Contemporary Art, Chicago.