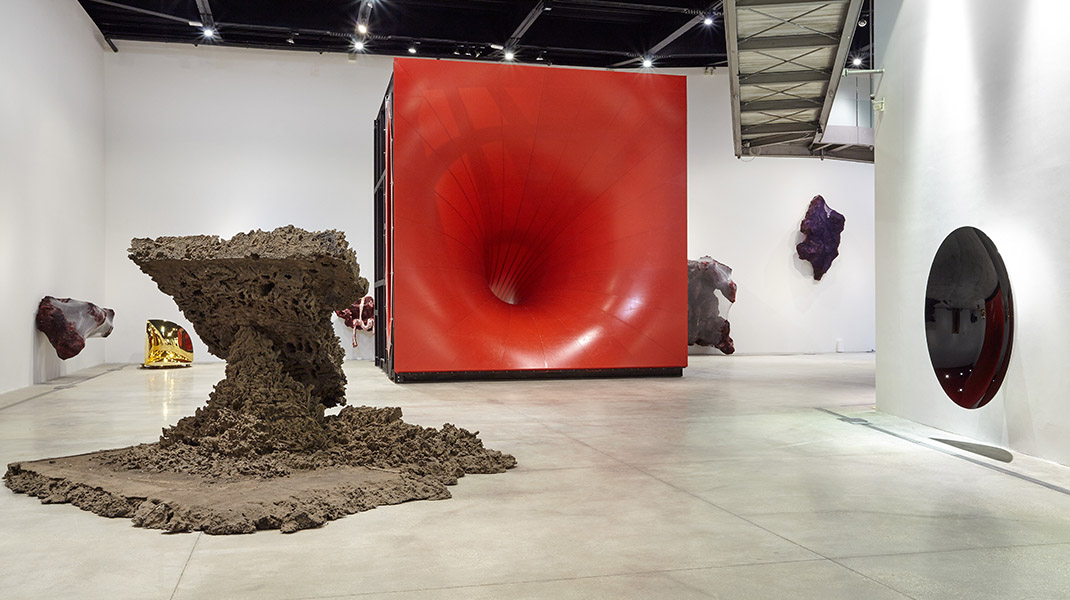 “The exhibition is a testimony to Kapoor’s unflagging research in the formal and conceptual spheres, which has informed his artistic practice from the start, contrasting the highly engineered and more organic processes of his work. The exhibition comprises a series of reliefs and paintings made up of jutting layers of red and white silicone and paint, as well as monumental architectural sculptures, including the extraordinary Sectional Body Preparing for Monadic Singularity, displayed last year in the garden of the Palace of Versailles, and proposed now at MACRO in a dialogue with the museum’s architecture.

Among the other works on exhibit are Internal Objects in Three Parts (2013-15), a painted silicone and wax triptych, which was shown this year in Amsterdam, amid celebrated paintings by Rembrandt at the Rijksmuseum. Visceral, brutal and sensual at the same time, Kapoor’s images are a contemporary continuation of the inexhaustible tradition of literal and metaphorical depiction of flesh and blood, found in painting from every era and latitude. Art becomes the mediator between the essence of myth and its representation, between its long-term continuity and interchangeability and the contemporary condition, between one’s individual path through the terra incognita of life and collective experience, between the immanent and the transcendent.” —  MACRO

Corner disappearing into itself Angolo che scompare in se stesso, 2015

Thrown between him and her Gettato tra lui e lei, 2010