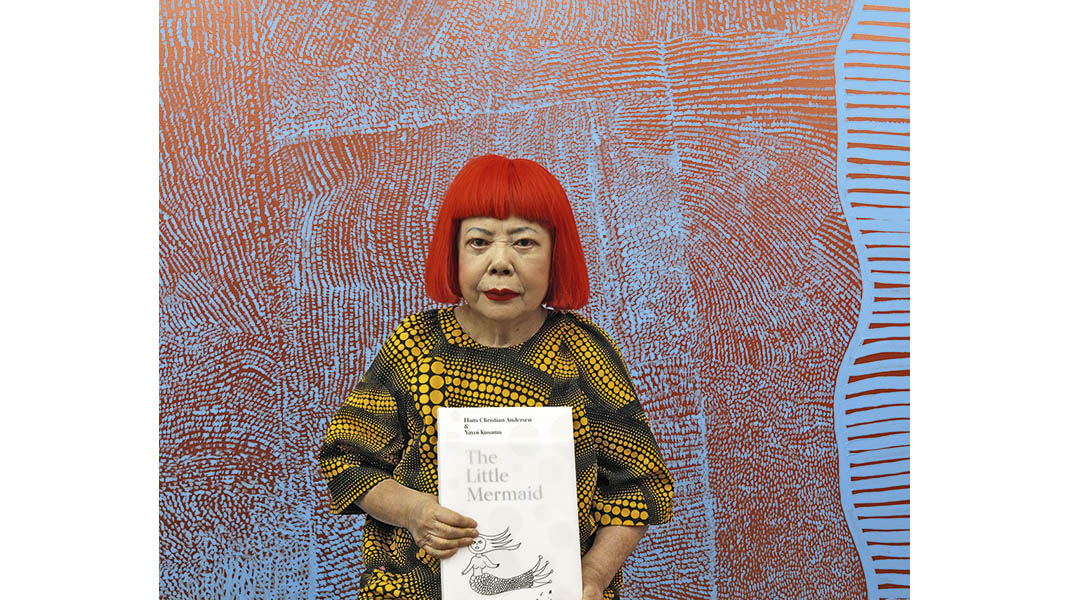 As a follow-up to a major retrospective exhibition In Infinity with the Japanese artist Yayoi Kusama (b. 1929) the Louisiana Museum of Modern Art produced a new illustrated edition of Hans Christian Andersen’s tale The Little Mermaid (1837). The 96 page book is illustrated with works from Kusama’s series Love Forever, which she created in the period 2004-7, as well as a few brand new pictures drawn by the artist for the occasion. The book is being published first in Danish and English, in a translation by Jean Hersholt from 1949, and later this year also in Japanese.

“I want to be a mermaid. I place all my hopes for the future in the mermaid, who is a symbol of all good hearts and of love.” — Yayoi Kusama

“Hans Christian Andersen is a dream born in my heart.” — Kusama on her relationship with the Danish writer