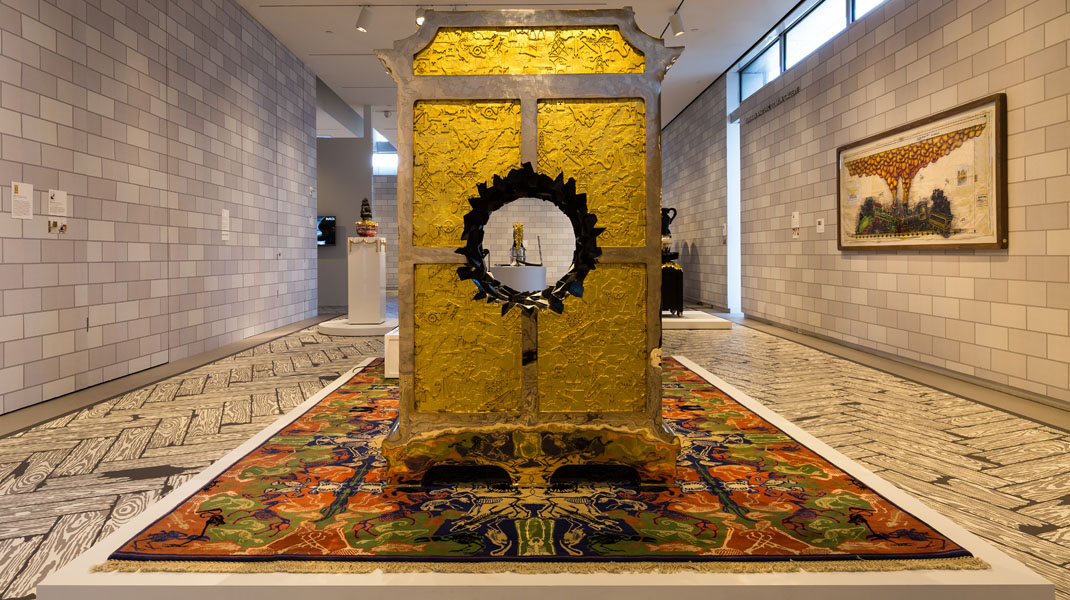 “Studio Job MAD HOUSE is the first solo museum exhibition in the US to explore the creative vision of design collaborators Job Smeets (Belgian, b. 1970) and Nynke Tynagel (Dutch, b. 1977), who established their atelier Studio Job in Belgium in 2000. They transformed two of the museum floors into an immersive design experience created expressly for MAD. The installation includes sculpture, lighting, furniture, floor coverings, wallpaper, drawings, and other objects designed over the past 16 years. Referencing the history of arts patronage, collecting, and display, the featured works are presented as if in a collector’s home—organized according not to chronology, but rather to imagined narratives that fuse elements of history, fantasy, irony, and autobiography.” — Museum of Arts and Design