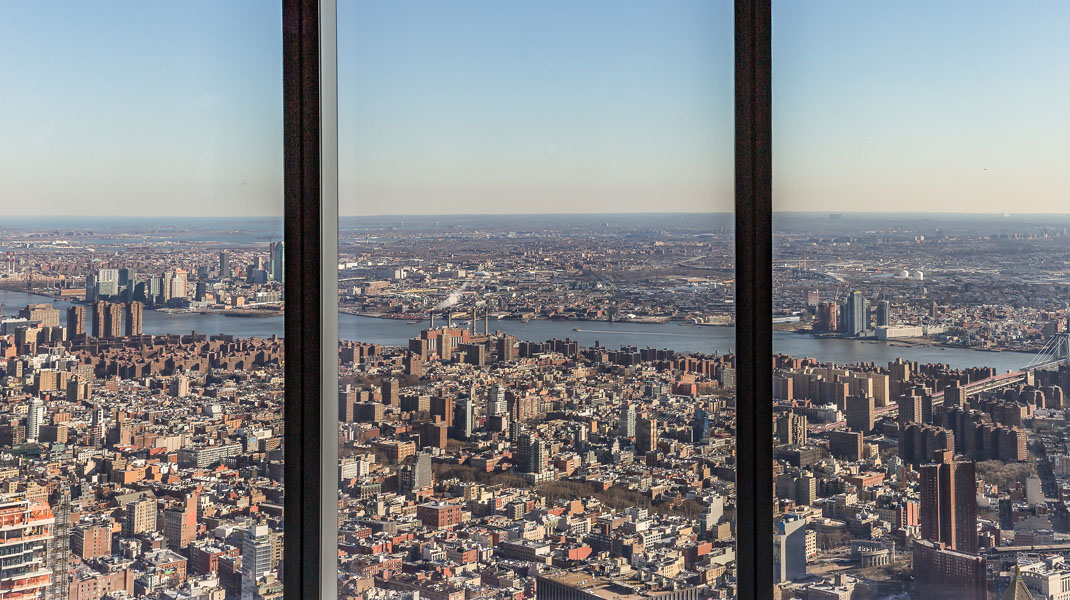 One World Observatory is an enclosed observation deck on top of One World Trade Center. It provides panoramic views of New York City from above 1,250 feet and on a clear day, you can see up to 50 miles away. The five observatory elevators ascend to the 102nd floor in 47 seconds. Ascent shows a virtual time-lapse that recreates the development of New York City’s skyline from the 1500s to the present and descent feels like a virtual helicopter ride to the bottom of the building.

One World Trade Center by the architect David M. Childs (Skidmore, Owings & Merrill) opened in 2014. It is the tallest building in the Western Hemisphere (104 Stories / 1776 feet high), and the sixth-tallest in the world. The bedrock foundations where One World Trade Center stands were formed 450 million years ago. Firmly attached to this anchor, 45,000 tons of structural steel rise above it. Known as Manhattan schist, the foundation is a form of granite that anchors the building.