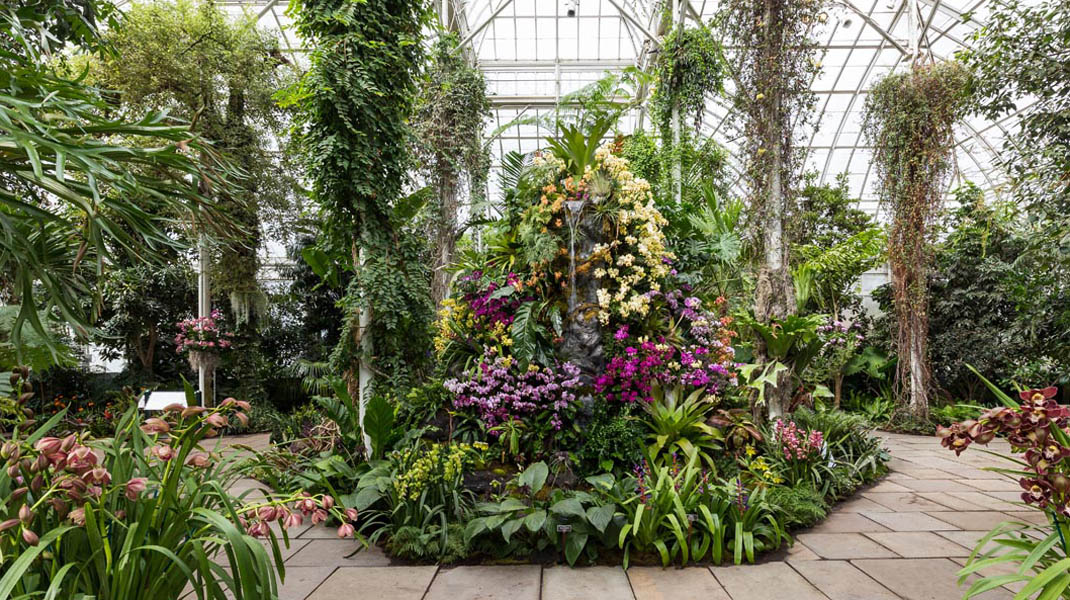 “The 19th-century craze sparked by a single orchid bloom, which came to be known as Orchidelirium, is the inspiration for The New York Botanical Garden’s 14th annual Orchid Show. Thousands of orchids in a stunning array of colors, sizes, shapes, and textures are showcased, highlighting the far-flung adventures of daring explorers who risked life and limb to secure these captivating and exotic flowers from danger-laden jungles around the world for determined collectors. From its origins in England as a symbol of power, wealth, and opulence, the frenzied fascination with orchids underpins the exhibition, which illustrates their transition  from the wild to their display and cultivation as well as the Garden’s important role in their conservation today.” — New York Botanical Garden

“I never was more interested in any subject in my life than this of orchids.” — Charles Darwin