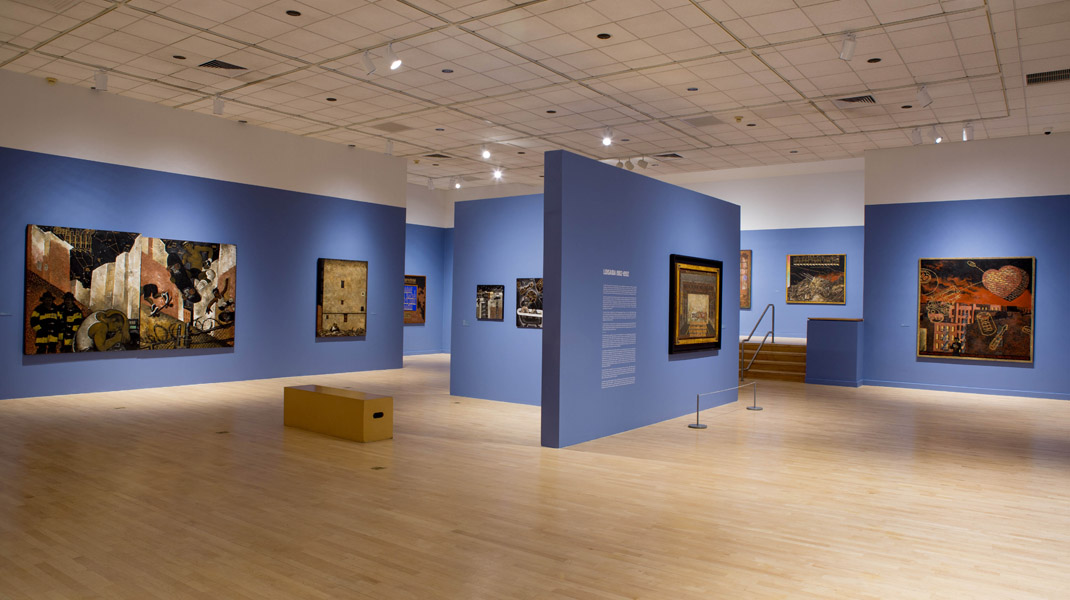 “Martin Wong boldly defied the notion of boundary. As an artist, he overhauled assumptions that a painter is defined by their identity. Within his work he embraced the complexity and hybrid nature of urban culture—mixing everything from graffiti and Chinese calligraphy, to West Coast and East Coast styles, to star constellations and crumbling tenement walls of the Lower East Side. We are looking forward to finally examining his entire career at the Bronx Museum, and to sharing his work once again with one of the cities he called home.” — Holly Block, Executive Director of The Bronx Museum of the Arts

Silence, 1982. Acrylic on canvas, 56 x 31 ½ inches. Collection of the University of California, Berkeley Art Museum and Pacific Film Archive, Purchase made possible through a gift of the Martin Wong Foundation and a bequest of Phoebe Apperson Hearst, by exchange

Starry Night, 1982. Oil on canvas, 22 x 30 inches. Collection of the Bronx Museum of the Arts, Gift of Suzy and Joseph Berland

The Annunciation According to Mikey Piñero (Cupcake and Paco), 1984. Acrylic on canvas, 48 x 72 inches. Courtesy of the Syracuse University Art Collection

In the Studio, 1992. Acrylic on linen, 30 inch diameter. Collection of the Bronx Museum of the Arts, Purchase with Asian American Art Fund

Images courtesy The Bronx Museum of the Arts. Installation photo by Joel Greenberg.