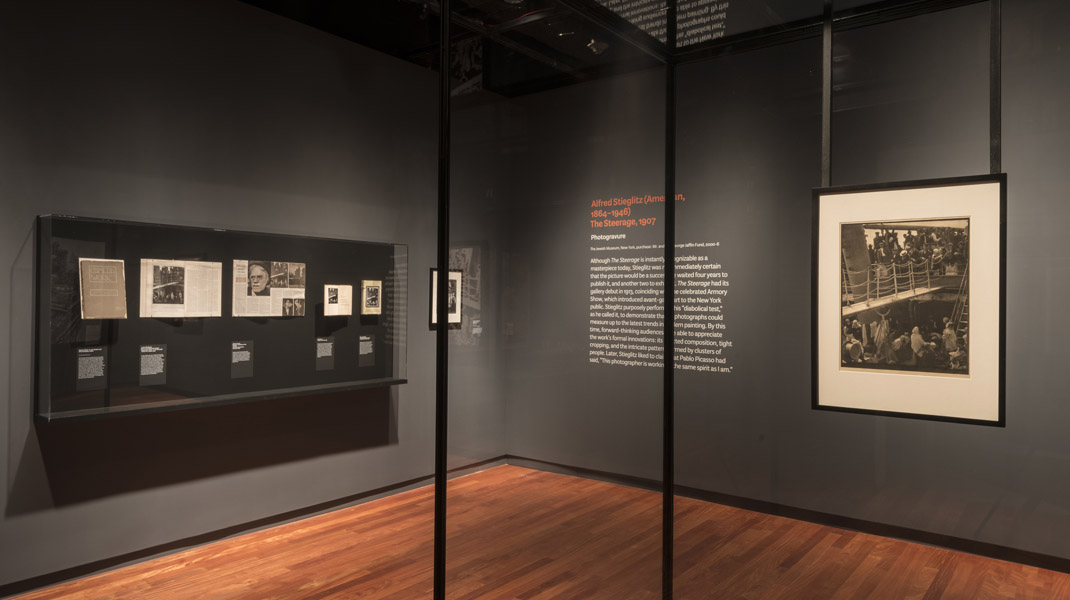 “This exhibition focuses on Stieglitz’s enduring 1907 photogravure of steerage-class passengers aboard the ocean liner Kaiser Wilhelm II. This much-reproduced image has often been regarded as evidence of the poor conditions under which many immigrants arrived in America, but in fact was taken on a voyage from the United States to Europe. As such, it is a document of people who were likely denied entry and citizenship to the United States. Stieglitz’s concerns, however, were largely aesthetic rather than social-minded: he was moved more by the picture’s formal qualities than its subject matter. Stieglitz considered the work to be his greatest triumph in a long, illustrious career as a photographer, stating later in life, ‘If all my photographs were lost, and I’d be represented by just one, The Steerage, I’d be satisfied’.” — The Jewish Museum

Photograph of soldiers on the USS Agamemnon cheering as they return home from battles in France, Hoboken, New Jersey, c. 1919. Image provided by Corbis

Postcard of the Kaiser Wilhelm II passing the Statue of Liberty