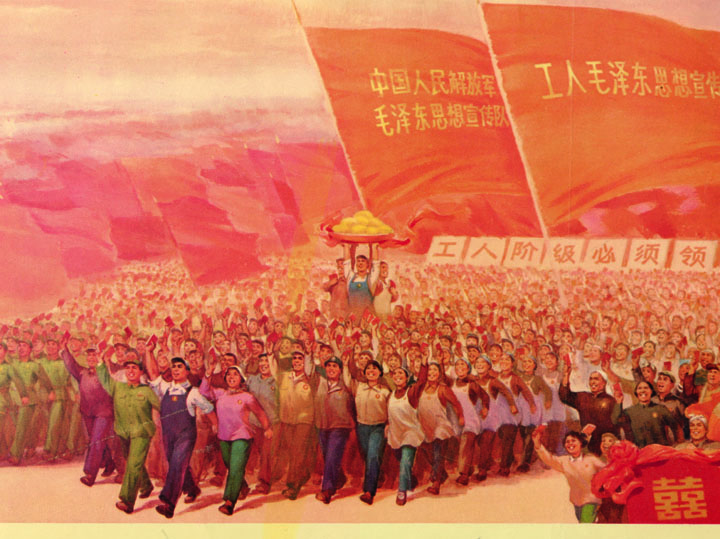 “In 1968, after receiving a gift of mangoes from the visiting Pakistani foreign minister, Mao Zedong sent the fruit to the Worker-Peasant Mao Zedong Thought Propaganda Teams. Mangoes, an unfamiliar fruit at that time in China, became a temporary political symbol of Chairman Mao’s benevolence and love for the people.” — China Institute.

Members of the Worker-Peasant Propaganda Teams at Qinghua University cheering at the gift of mangoes, August 1968

Poster of Mao Zedong in front of a parade, 1969