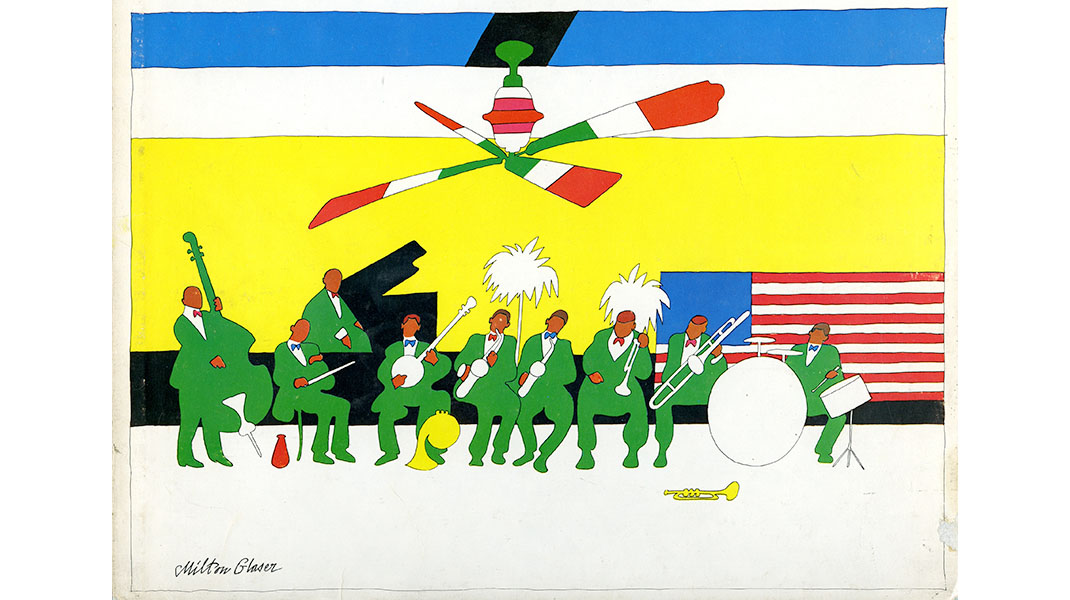 “School of Visual Arts (SVA) is pleased to present ‘SVA❤️Milton: The Legacy of Milton Glaser,’ a new exhibition exploring design giant Milton Glaser’s early life and career, on view December 7, 2021 through January 15, 2022 at the SVA Gramercy Gallery at 209 East 23rd Street. An immersive experience that places the enduring influence of Glaser in a real-world context, the exhibition celebrates his legacy as a designer and teacher through photographs, audio and original work from the Glaser Archives at SVA. Additionally, a digital companion exhibition featuring videos and notable quotes mounted on the walls will be viewable from the sidewalk outside the SVA Flatiron Gallery windows at 133/141 West 21st Street through January 10.

‘SVA❤️Milton’ brings the viewer into Glaser’s world with elaborate sets like a record shop with more than 100 of his album covers, a book shop with actual books as well as digital images of book and magazine covers, his many SVA subway posters, his extensive collection of activism art and posters, intricate process work, classroom photos and archival audio recording of his classes at SVA, his desk with all its surroundings from his office, photographs from childhood and his Push Pin Studios days and much more.” — School of Visual Arts