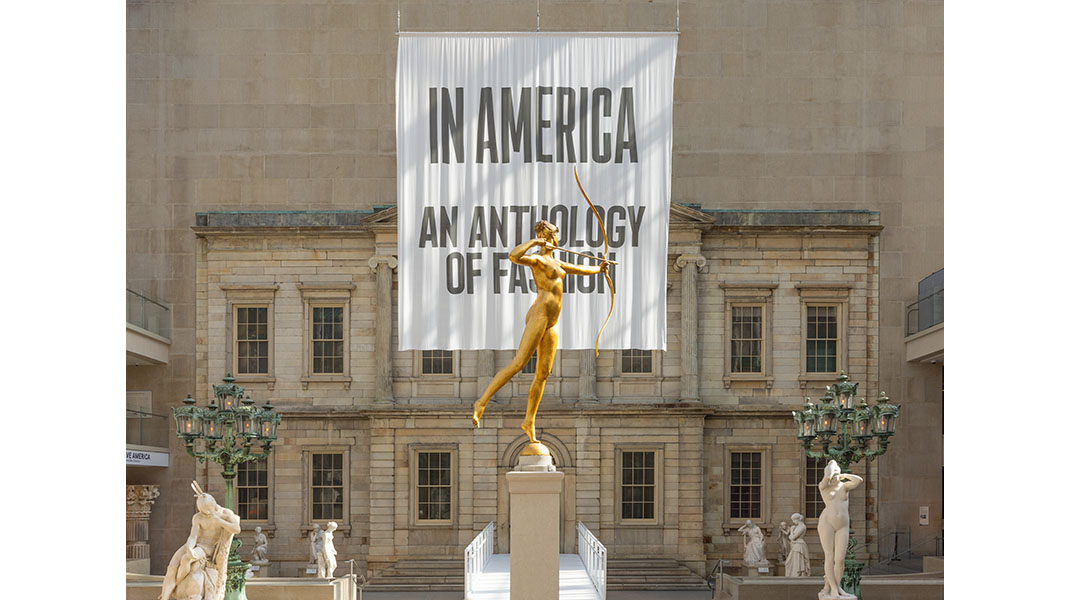 “The Costume Institute’s 2022 spring exhibition, In America: An Anthology of Fashion—the second of a two-part presentation—explores the foundations of American fashion through a series of sartorial displays featuring individual designers and dressmakers who worked in the United States from the 19th to the mid-late 20th century.

The exhibition features approximately 100 examples of men’s and women’s dress dating from the 19th to the mid-late 20th century that reveal unfinished stories about American fashion. The garments are presented within the rich atmospheric setting of The Met’s American Wing period rooms, or historical interiors, which encapsulate a curated survey of more than a century of American domestic life and reveal a variety of stories—from the personal to the political, the stylistic to the cultural, and the aesthetic to the ideological. The complicated social, cultural, and artistic narratives of these spaces amplify and contextualize the exhibition’s key themes—the inception of an identifiable American style, and the emergence of the named designer, who is recognized for distinct artistic vision.” — The Met

Part Two is organized by Andrew Bolton; Jessica Regan, Associate Curator of The Costume Institute; and Amelia Peck, the Marica F. Vilcek Curator of American Decorative Arts and Supervising Curator of the Ratti Textile Center, with the support of Sylvia Yount.

LAMB Design Studio’s Shane Valentino oversaw the design of both parts with The Met’s Design Department. Cinematographer Bradford Young worked with Valentino on the lighting. Franklin Leonard acted as advisor on the exhibition.