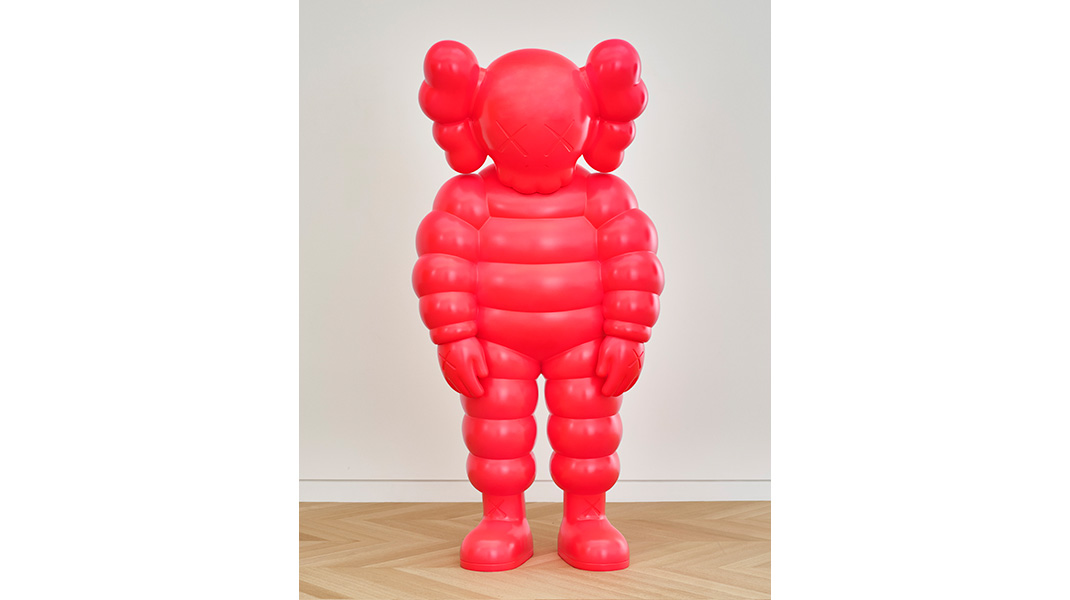 “The Brooklyn Museum is the first New York institution to present a sweeping survey of KAWS’s career, from his roots as a graffiti artist to a dominating force in the contemporary art world, tracing common themes in the Brooklyn-based artist’s practice. Renowned for his paintings and sculptures of pop culture–inspired characters, as well as his playful use of abstraction and his meticulous execution, KAWS bridges the worlds of art, popular culture, and commerce while investigating our connection to objects and toone another. With a practice formed outside of orthodox art-world channels and rooted in graffiti art, drawing, and animation, KAWS has expanded access to his art by allowing the general public to purchase editions of his work and to interact with it digitally. KAWS: WHAT PARTY highlights a range of works from the artist’s diverse career, including drawings, paintings, bronze sculptures, smaller objects, furniture, and monumental wooden sculptures of the beloved COMPANION character, as well as a selection of new and existing works that have never been publicly displayed. Throughout the exhibition, visitors will be invited to directly engage with KAWS’s work through Acute Art, an augmented reality app the artist has partnered with. In conjunction with KAWS: WHAT PARTY, a towering new sculpture by the artist will also be installed at Rockefeller Center’s historic plaza in summer 2021.” — Brooklyn Museum

“The Brooklyn Museum and KAWS have been working together since 2015, and we’re excited to further that relationship by presenting his first mid-career survey in the U.S.,” says Eugenie Tsai, John and Barbara Vogelstein Senior Curator, Contemporary Art, Brooklyn Museum, and curator of KAWS: WHAT PARTY. “While participating in a cultural environment shaped by image and consumption, KAWS simultaneously emphasizes the constant presence of universal emotions in his work, such as love, friendship, loneliness, and alienation—an emphasis that is now more important and relevant than ever before.”

“KAWS’s new works speak powerfully to the isolation, fears, and grief of our times,” says Anne Pasternak, Shelby White and Leon Levy Director, Brooklyn Museum. “It reminds us that there’s a universality to our suffering.”