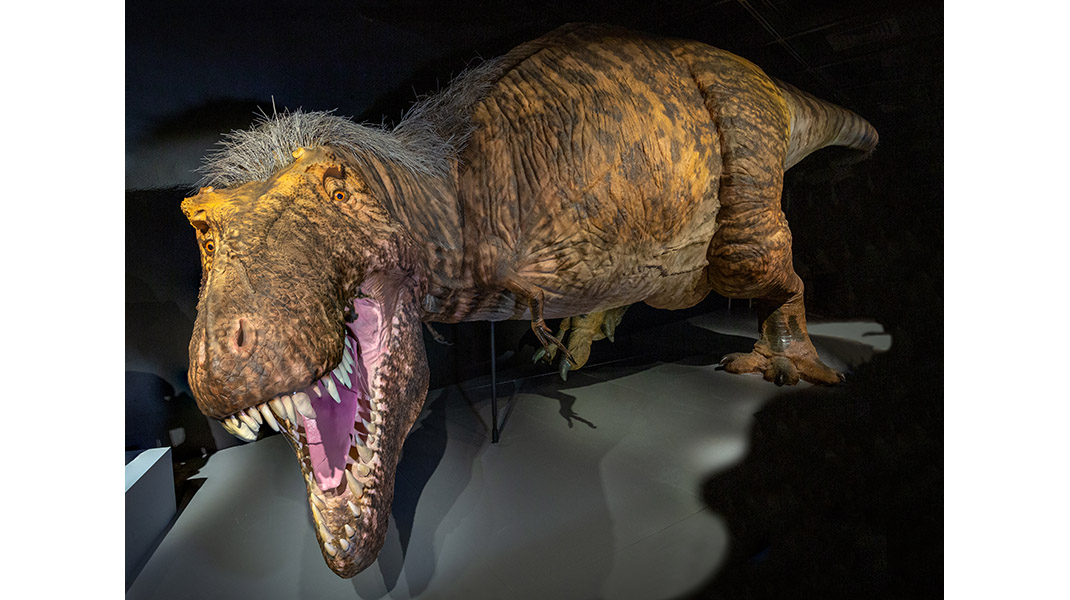 “Everyone knows Tyrannosaurus rex. But did you know that T. rex hatchlings were fluffy and gangly, more like turkeys than the massive killing machines they grew up to be? Or that T. rex evolved from a large group of dinosaurs that were, for the most part, small, and fast? Or how about that the mega-predator had the rare ability to pulverize and digest bones? T. rex: The Ultimate Predator, the first major exhibition of the American Museum of Natural History’s 150th anniversary celebration, will introduce you to the entire tyrannosaur family and reveal the amazing story of the most iconic dinosaur in the world through life-sized models—including the most scientifically accurate representation of T. rex to date–fossils and casts, engaging interactives, and the Museum’s first multiplayer virtual reality experience.

Visitors to T. rex: The Ultimate Predator will encounter a massive life-sized model of a T. rex with patches of feathers—the definitive representation of this prehistoric predator. The exhibition will also include reconstructions of several T. rex hatchlings and a four-year-old juvenile T. rex; a ‘roar mixer’ where visitors can imagine what T. rex may have sounded like by blending sounds from other animals; a shadow theater featuring a floor projection of an adult T. rex skeleton coming to life; and a life-sized animation of T. rex in a Cretaceous environment that responds to visitors’ movements. At a tabletop ‘Investigation Station,’ visitors can explore a variety of fossil casts ranging from coprolite (fossilized feces) to a gigantic femur, with virtual tools including a CT scanner, measuring tape, and a microscope to learn more about what such specimens can reveal to scientists about the biology and behavior of T. rex.” — American Museum of Natural History 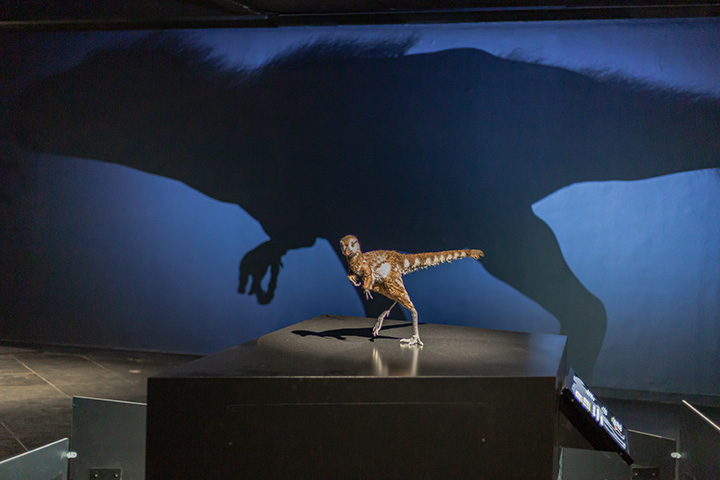 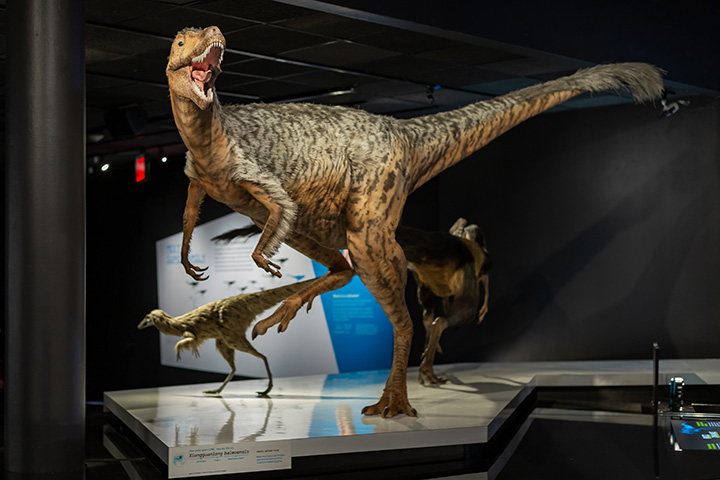 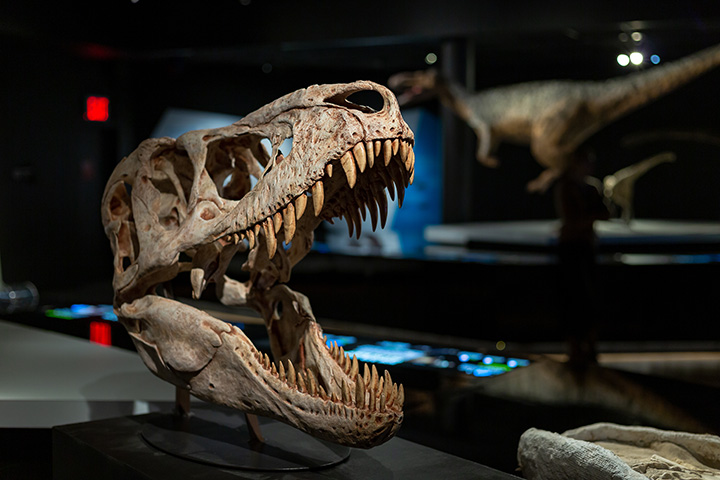 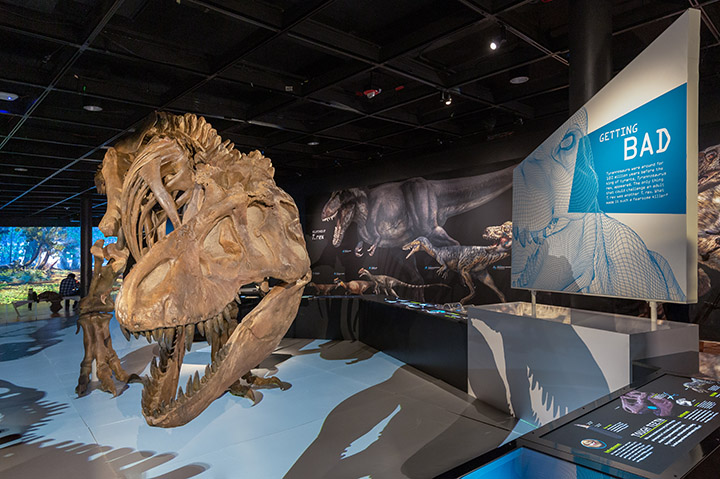 “Dinosaurs, and Tyrannosaurus rex in particular, are such an important and iconic part of the Museum and have been throughout our history,” said Ellen V. Futter, President of the American Museum of Natural History. “So it seems fitting to launch the Museum’s 150th Anniversary celebrations with a major new exhibition on the ever-intriguing King of Dinosaurs. This exciting and fascinating exhibition will do what the Museum has done throughout its history and continues to do today: share the latest scientific breakthroughs with the public, introduce visitors to the researchers on the cutting-edge of discovery, shed new light on the great story of life on Earth, and inspire wonder and curiosity in visitors of all ages.”

“In the last 30 years, we’ve seen a huge increase in both the number of tyrannosaur fossil discoveries as well as the availability of technology that lets us explore complex questions about these charismatic animals,” Mark Norell, curator of exhibition, said. “I never would have imagined that one day we’d be able to look at the shape of T. rex’s brain, analyze the tiny daily growth lines on their massive teeth to determine how quickly they put on weight, or use advanced biomechanical modeling to figure out the force of its bite.”