“For more than twenty years, Laura Owens has pioneered an irreverent and innovative approach to painting by challenging its conventions while remaining deeply committed to its visual and emotional possibilities. Owens (b. 1970) was raised in suburban Norwalk, Ohio, and pursued her graduate studies in Los Angeles, where she has lived since 1992. At that time, she recalls, her more theoretically minded professors and peers viewed painting with suspicion, but this skepticism freed her to experiment with the medium precisely by appearing not to take it too seriously. She brought cartoon doodling to rigorous abstraction, along with other traces of her self-described middlebrow upbringing, such as the pastel palettes and frothy surfaces of decorated cakes and kitschy greeting cards. Over the ensuing years, she has sampled imagery omnivorously, from medieval tapestries to emojis—all translated to canvas via a dazzling array of techniques, including gutsy brushstrokes, digital rendering, needlework, screenprinting, and folksy collage. For Owens, this heterogeneity serves as a feminist challenge to ingrained art historical hierarchies and traditional notions of good taste. Why can’t an ambitious painting, she asks, be sentimental, pink, or funny, or full of a mother’s experiences, animals, and googly eyes? Her work draws us in to throw us of, awakening our minds to the act of perception.

Throughout her career, Owens has shown a keen interest in how paintings invent spatial worlds while existing physically in the real one that they—and we—inhabit. Her often witty canvases depict pictures within pictures, sometimes mirroring one another, and have expanded to fll whole walls or rooms, unfurling across multiple panels that can be reconfgured depending upon where they hang. This survey of Owens’s paintings from 1994 to the present elaborates on that impulse through a loosely chronological sequence of freestanding rooms designed to evoke the spaces or exhibitions for which certain works were originally made. Each gallery serves as a discrete portal into a past moment, while also joining a conversation with works installed around it that engage the Museum’s larger architectural frame. Like Owens’s art, the exhibition proposes a vibrant experience of varying moods, imaginative conjecture, and poetic play.” — Introductory Wall Text 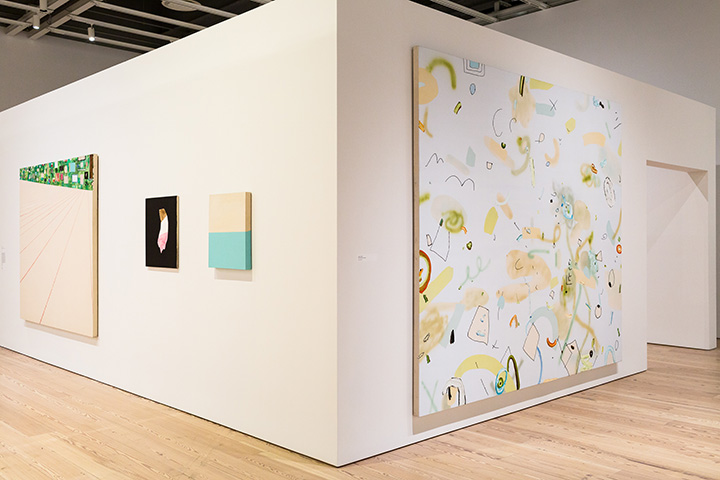 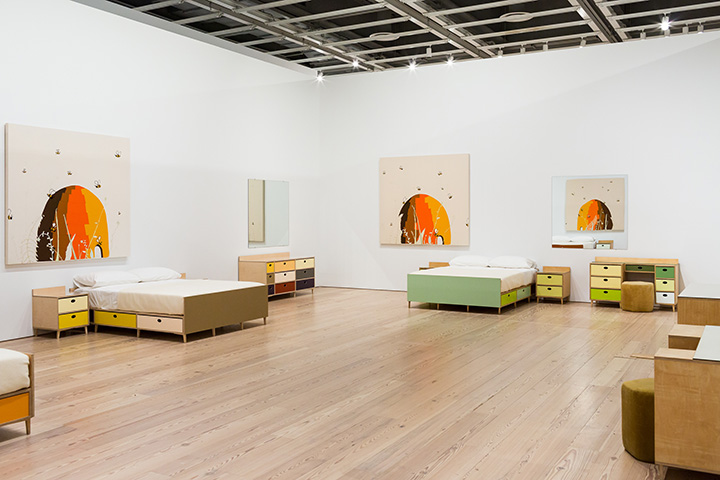 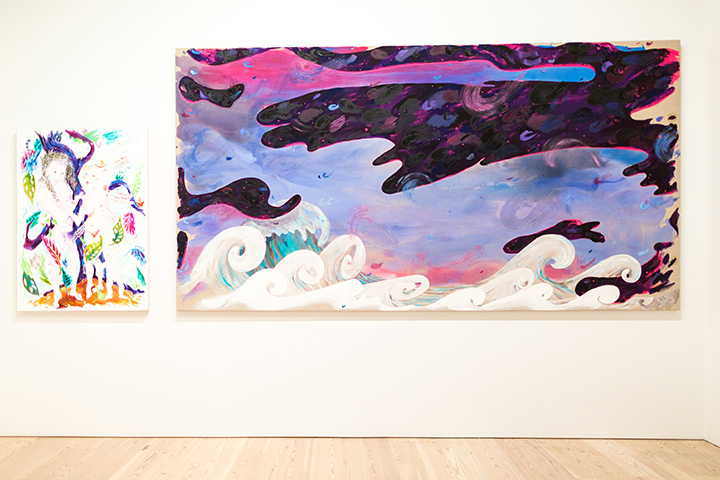 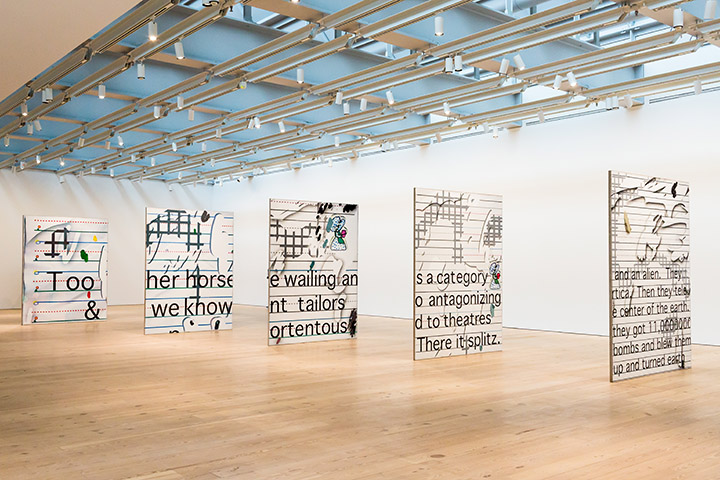 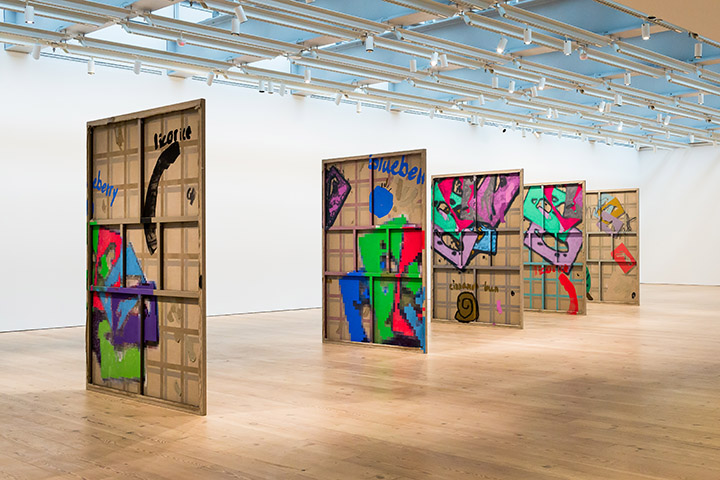 Back: Untitled, 2015. Collection of the artist; courtesy Capitain Petzel, Berlin

The exhibition is organized in close collaboration with the artist by Scott Rothkopf, Deputy Director for Programs and Nancy and Steve Crown Family Chief Curator, with Jessica Man, curatorial assistant.